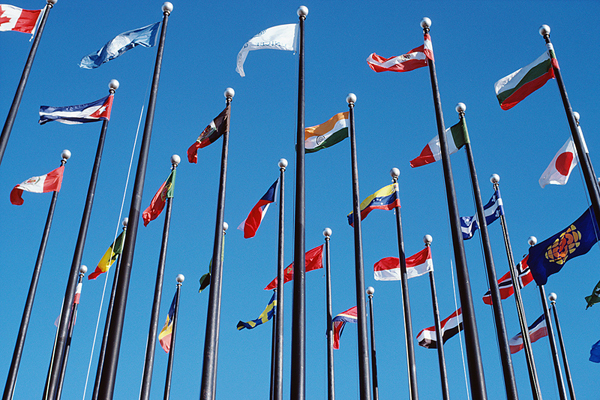 Are you trying to decide how to use your political science degree after college? Learn more about the Political Science Department, and read faculty insights, alumni careers, and the “What Can I do with My Major” guides included below:

Why Am I a Political Scientist?
I decided on a career in political science partly because I was born into a politically active family and had heard talks about coups, social justice, and regime opposition morning, noon, and night. Both of my grandfathers were quite prominent in the governments of their countries (Iran and Guatemala) when their respective ruling parties were toppled by the CIA. This led to decades of authoritarian rule in both places. To escape repression, my father (a political journalist, whose newspaper articles had been banned by the new Iranian ruler, known as “the Shah”) came to the United States to study engineering and to start his life afresh. There he met the Guatemalan woman who one day would be my mother (she had been sent to the United States by her Socialist father to be brought up “properly” in the United State – basically, my grandfather did not like how other politicians were eying his daughter). After they married, my parents to live tried each other’s countries, and then settled in the southwest United States. There, political exiles from Guatemala and Iran would drop by, tell stories of past sufferings, and share dreams of future freedom. As a result of this endless line of guests, during my childhood, adolescence, and early adulthood, I met outspoken critics of the United States (which has led to profound confusion and internal debates as I grew up and tried to wrestle with competing group loyalties). I also learned from the visitors to view history as full of choices, risks, and unpredictability.

My father, who despite working in the United States remained an Iranian citizen until about a decade before his death, lost his first college-teaching job because he refused to sign a loyalty oath to the United States (it was the years of McCarthyism, and at that time we lived in Oklahoma, a pretty conservative place). That family-level crisis planted in me a profound commitment to freedom of expression and a deep love of open political discussions. Meanwhile, my mother was sometimes made fun of in public places, including a local church, because of her Spanish accent and dark features (she was part Mayan, on her mother’s side). Her endless fight for respect has made me pretty sensitive about all sorts of prejudices against people whose bodies and voices seem “different.”

What Are the Benefits of Majoring in Political Science at UConn?
A major in political science allows one to learn about both the achievements and the shortcomings of the world we are collectively making every day. Through the systematic study of political history and of current public policy, a spirit of moral responsibility is patiently leavened. In addition, political science helps one view the world as malleable and as full of people with amazingly diverse interests, commitments, and beliefs. Appreciating the diversity of human beings, one learns how to co-exist, cooperate, and collaboratively build.

The Political Science Department at the University of Connecticut is remarkable in that every faculty member is not only smart and research active, but is also truly committed to nurturing the intellectual interests of students. I have seen fellow professors meeting with graduate and undergraduate students during all hours of the day, refining class plans and marking papers during all hours of the night, and doing so with determination and pride. It is, therefore, not surprising to me that many of our majors have entered outstanding graduate programs in diverse disciplines (from political science at Princeton, to the Classics at Yale, to medicine at the University of Connecticut); that many of our majors today serve in non-profit and volunteer organizations; and that our majors have secured leadership positions in government, private corporations, and higher education (including the President of the Julliard School of Music).