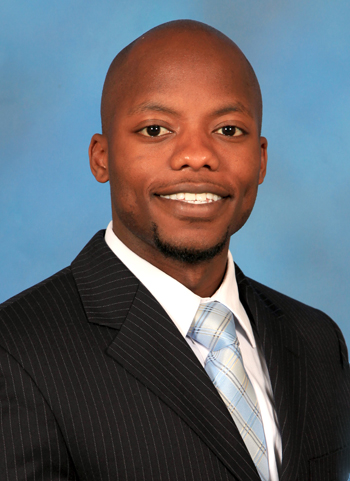 When Moshood Olatokunbo ’11 (CLAS) landed an internship during his sophomore year with the United Technology Corporation (UTC), he expected to learn how to apply his management information systems major in an industrial setting. But he ended up making a different discovery: He didn’t like working in information technology.

Despite this, Olatokunbo says that internship was more of a transformative experience than a setback. It allowed him to make professional connections at UTC and learn more about the aerospace industry, a field he continues to work in to this day. It also prompted him to reevaluate his professional goals and choose a new major.

“I found that economics is something that I am genuinely interested in, especially on the macroeconomics side,” he says. “It is a very broadly applicable major.”

Olatokunbo has drawn on this and other career experiences as an alumni volunteer for the College of Liberal Arts and Sciences. He stresses to current UConn students the importance of staying open to new professional experiences—even if they don’t turn out quite as expected.

As a manufacturing supervisor at UTC subsidiary Pratt & Whitney in North Berwick, Maine, Olatokunbo manages a production line of parts for jet engines. Before assuming this position in June of 2015, he spent two years in UTC’s competitiveOperations Leadership Program, in which he learned the day-to-day details of supply management, quality control, and manufacturing.

He says that he regularly applies knowledge from his major in the workplace, from his daily tasks to his interpersonal interactions. In particular, his interest in incentives, or what drives people to take a particular action, has helped him navigate his new managerial role.

“When you put something like a policy change into effect, you want one outcome, but people may react in a different way,” says Olatokunbo. “By giving people the right incentives, I find that you can really meet your goals and move a project along.”

Since he graduated four years ago, Olatokunbo has shared insight about the applicability of his major and the lessons he’s learned in the workplace with current UConn students at CLAS alumni career panels and networking events with the UConn Alumni Office.

“I attended a few of these events as a student, and very rarely do you see recent graduates come back,” he says. “I had just gone through that whole graduation process, and knew some of the concerns that students have about finding a job right out of college.”

His biggest piece of advice to students: Keep an open mind.

“I didn’t think about economics when I came to UConn, but I found it through talking with people I met at my internship, other students, and even people who work at the University,” he says.

It’s a practice that continues to pay off for Olatokunbo. Recently, when deciding between entering UTC’s Operations Leadership Program and attending law school, he connected with fellow alumnus Richard Twilley ’96 (ENG), ’04 JD. Olatokunbo ultimately decided to continue his professional track with UTC, but says that the interaction helped him solidify his career goals and gave him a new professional connection and friend.

“You don’t know what you don’t know,” Olatokunbo says. “People can introduce an idea to you, and it could be a turning point for you. But you can’t get there if you’re not open to it.”

By: Bri Diaz, College of Liberal Arts and Sciences