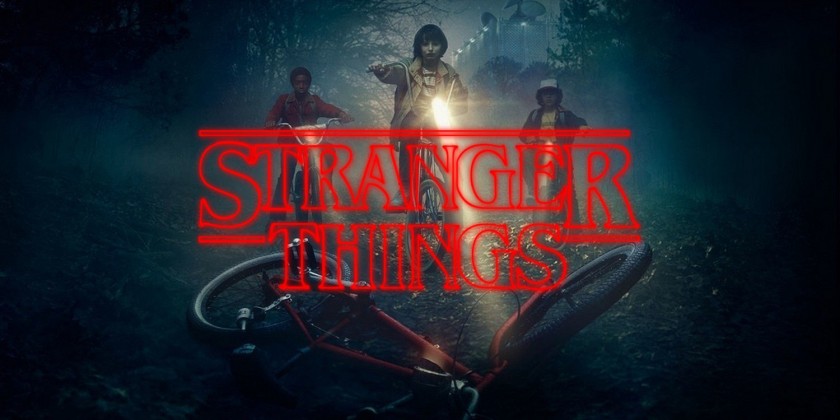 I just finished binge-watching Stranger Things, and it’s a lot like the start of a new academic year. Really. Stick with me on this.

Both the visuals in Stranger Things and the sequence of events at the start of a new school year can be fresh, yet confusing experiences for those who are new to the experience. But if you’ve been through a few academic cycles – or grew up watching movies such as The Goonies, E.T., The Thing and Poltergeist – then the proceedings can seem familiar. Whether it’s scenes of flashlight beams in a foggy glen or students queuing up for resume reviews, you get the idea that, yes, you think you’ve seen this before, but it’s somehow just a little different this time.

As a rock-solid member of Generation X, I not only remember seeing all those movies I referenced above in both the movie theater AND on vhs cassettes, but I’ve also worked in higher education for quite the better part of three decades. There are fixed points that you see each year, such as workshops and career fairs. But it is indeed the details that make each cycle exciting and unique every new year.

First of all, mark your calendars for this year’s fall career fairs, the University Career Fair and the STEM Career Fair, respectively. That the familiar part – but it’s in the lead up to the fairs where you’ll find the new experiences.

The Center for Career Development calendar outlines workshops that will bring new and fresh perspectives to topics you may have considered before.

Additionally, HuskyCareerLink has been updated over the summer with a new software platform in the background and an up-to-date user interface. Log in today to utilize its features and content, and you’ll immediately recognize the way it utilizes more contemporary visuals to engage you in some familiar experiences…not unlike the Duffer Brothers did in updating familiar themes in their Netflix series.

And just like Stranger Things, the semester will be over before you know it. Just remember to pay attention to the details, or you will be left behind not understanding what all the buzz was about.