CCD Intern and Coop of the Year Winners Announced

The Center for Career Development is excited to announce the 2016 Undergraduate and Graduate Student Interns of the Year and Co-op Students of the Year. We would like to thank all students who took the time to share their professional experiences with us, and extend our warm congratulations to all winners and runner-ups.

Undergraduate Intern of the Year 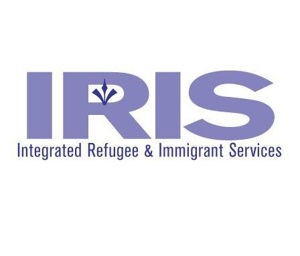 Jillianne Lyon spent her summer interning with Integrated Refugee and Immigration Services (IRIS) in the Housing & Donations, Food Bank, and Wellness Programs departments. Jillianne was given myriad projects to tackle within each department over the course of the summer, which had direct and beneficial impacts on over 700 refugees.

During her time with IRIS she worked with a woman’s sewing class, interacting directly with its members and practicing conversational English with them. She managed a community garden, assigning refugees to plots and subsequently planning garden events, including arranging transportation, food, translators and childcare. She also oversaw the operations of the food bank, working one-on-one with families to provide balanced food rations that met their diet restrictions and family need. Jillianne reports gaining a firsthand look into non-profit management, by attending strategic meetings and sharing her input when organizational decisions were made.

Jillianne recalls that the most remarkable benefit of the internship was the number of refugees she was called to work with every day “I gardened with Syrian families, played with children from the Congo, and delivered furniture with volunteers from Afghanistan.” IRIS put faces and names to an overwhelming international crisis for Ms. Lyon, and shed light on the challenges and joys of working in such a diverse environment: “I want to create a better world, and follow a career path that will help me fight for the rights of vulnerable minorities in our community” Lyons said.

Jillianne will go on to compete in the Cooperative Education Internship Association’s (CEIA) National Intern of the Year competition.

Undergraduate Intern of the Year – Runners-Up

First runner-up for the award is Anisha Rajopadhye, who worked as a Digital Merchandising Intern for Macy’s, Inc. in the Watches department. One of her biggest and esteemed accomplishments while there was creating the Smart Watch Comparison Chart, which allows customers to easily shop for what type of watch fits their needs. The chart will be used on Macy’s website for the next season’s new smart watch release.

Second runner-up is Alexa Friedman, who interned with MEDLIFE. While there she developed the company’s major Fall Fundraiser for an impoverished school in Kirua, Tanzania. Through the fundraiser, the company hopes to donate over $11,000 to the betterment of the sanitation facilities there, including building a bathroom, a kitchen, and 29 desks.

Graduate Student Intern of the Year

Stephanie Phillips spent her summer interning with the United States Geological Survey (USGS), Office of Groundwater, Branch of Geophysics. At her specific branch, Stephanie was trained in the use of various geophysical methods and instruments, including ground penetrating radar (GPR), and horizontal-to-vertical spectral ratio (HVSR).

After this training, Stephanie was given the opportunity to narrow her career learning focus and decided on borehole geophysics due to her background in hydrogeology. Through this, she worked closely with esteemed mentor Carole Johnson, and learned the basics of borehole geophysics and operation of specific borehole tools.  Stephanie was given the opportunity to travel the United States over the summer, from Cape Cod to Mississippi, which allowed her, firsthand, to experience how different geological settings influence borehole logs.

Stephanie regards her experience as something that has affected her both personally and academically. And with the support of her mentor Carole, she has initiated the process of starting a student chapter of the Environmental and Engineering Geophysical Society. “I believe that having Carole Johnson as a mentor has made all the difference…Working by her side has further cemented my career aspirations to go into research and branch off into education,” said Phillips.

Graduate Intern of the Year – Runners-Up

First runner-up for the award is Tosca Braun, who interned as a practicum student with Hartford Hospital’s (HH) Institute of Living Health Psychology division. While there she developed a research proposal to examine a preliminary test of a theoretical model in HH bariatric surgery patients. The project received overwhelming support from HH bariatric surgeons’ research team, and she earned a seed grant through UConn’s Institute for Collaboration on Health, Intervention, and Policy, and a scholarship through UConn’s Clinical Psychology Division to fund her work.

Second runner-up is Lauren Wainman, who worked with molecular pathologist and geneticist Greg Tsongalis in the Molecular Pathology Laboratory at Dartmouth-Hitchcock Medical Center (DHMC). She was given the opportunity to present her biostatistical analysis of  Chronic Lymphocytic Leukemia diagnostic tests and microRNA expression research to the entire Molecular Pathology Lab.

Co-op Student of the Year 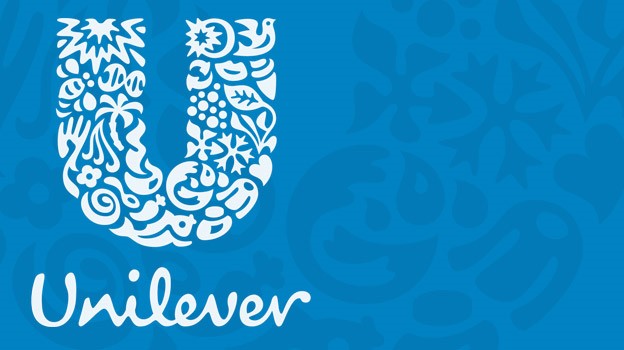 Lindsey Gilson spent six months working a Co-op with Unilever, where she was involved in two main projects alongside her normal day-to-day activities. In her first project, she aided the Unilever Sales Teams’ effort to improve on-shelf availability of products across 1,800 Target stores from a supply chain perspective. Through this, she implemented a process that Unilever counterparts now sustain, with a projected saving of $1M in the next fiscal year.

“The partnerships I was able to create allowed me to achieve more than I expected and leave a bigger impact on my team than I could have imagined” said Gilson, who believes that the autonomy in her job allowed her the opportunity to seek mentoring from more seasoned colleagues.

In her second major project, Lindsey took full advantage of this autonomy and developed an ordering system in response to a software malfunction without prompt from her colleagues. This system reduced inventory levels and improved key metrics by 900 basis points within three weeks. Unilever went on to implement Lindsey’s system in 12% of Unilever’s business with Target.

“Overall, my goal in life is to make peoples’ lives easier my limiting inefficiencies they encounter.” And Gilson believes that this Co-op proved to her that the supply chain business is where she can do this most effectively.

Lindsey will go on to compete in the Cooperative & Experiential Education Division of the American Society for Engineering Education for national recognition.

Co-op Student of the Year Runner-Up

Runner-up to the award is William Kehoe, who worked for United Technologies Aerospace Systems. While there, he led a four-person team for three months to retroactively justify 25 contracts and over 5,000 part prices as a government compliance effort. Kehoe proudly reports that his team was the first to finish their contracts and the only team to finish without turn backs. He also developed an algorithm automatically flagged parts with high prices based on market data that has been propagated to every UTAS business unit.

Once again, we’d like to congratulate all of our winners and runner-ups, and look forward to seeing Jillianne and Lindsey go on to showcase their career accomplishments at a national level.