A Guide to Having a Good Life (and Successful Career) 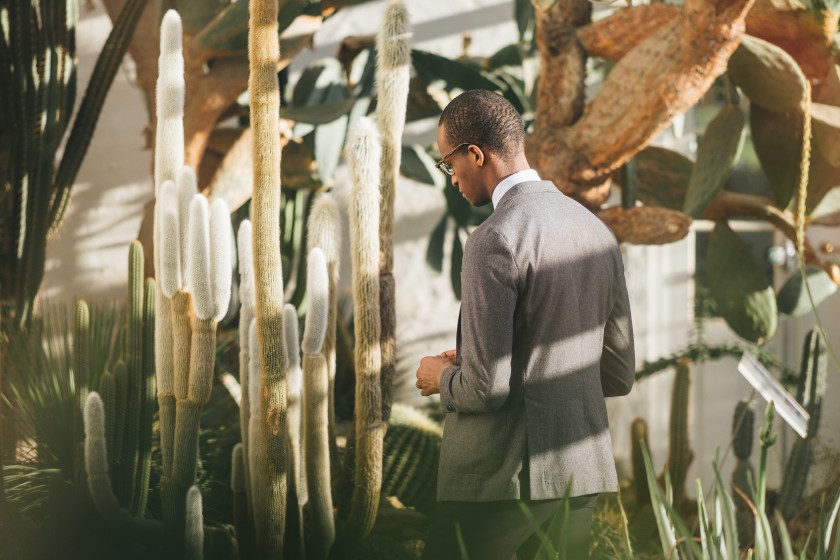 The Stoics were very much interested in human psychology and were not at all averse to using psychological tricks to overcome certain aspects of human psychology, such as the presence in us of negative emotion. That’s great you say, but does the Old World hold up when it meets the New World? Does science agree with the thinkers of antiquity? That is, is it possible to use modern research to see if science and the great minds of the old world agree when it comes to living the good life and navigating through a successful career?  Here are four interesting insights that suggest aligning is quite real and that it pays to listen to our elders.

Track 1. “What’s the worst that could happen?”

Ever asked yourself that question? Congratulations, you’re a stoic philosopher. “Negative Visualization” is one of the main tools of Stoicism. Really thinking about just how awful things can be often has the ironic effect of making you realize they’re not that bad. It’s what the Stoics call, “the premeditation” – that there’s actually a lot of peace of mind to be gained in thinking carefully and in detail and consciously about how badly things could go. In most situations you’re going to discover that your anxiety or your fears about those situations were exaggerated. In fact, the Stoics pushed it further: take a second and imagine losing the things that matter to you most. Family. Friends. Yes, it’s scary. But doesn’t it make you appreciate them all that much more when you take the time to think about losing them?  A few seconds of thinking about loss can dramatically boost gratitude. And science agrees: Practicing gratitude is at the center of the single most proven technique for boosting happiness.

The Stoics valued tranquility and thought being angry was a waste of time. But what should you do when your blood boils? Force a smile. Soften your voice. If you act calm, you will become calm. We should force ourselves to relax our face, soften our voice, and slow our pace of walking. If we do this, our internal state will soon come to resemble our external state, and our anger will have dissipated.  But does outright faking it really work? Yes, and science agrees. Researchers told people to smile. What happened? They actually felt happier. Indeed, more than 26,000 people responded. All of the participants were randomly assigned to one of a handful of groups and asked to carry out various exercises designed to make them happier . . . When it came to increasing happiness, those altering their facial expressions came out on top of the class.

Track 3. Make it a treat

We want everything and we want it yesterday. The Stoics, on the other hand, used to deliberately walk around on cold days without a coat. Why? Denying yourself something makes you appreciate the things you take for granted. Ancient advice? Yes, it sounds like something my grandfather would have said. But science agrees wholeheartedly. Harvard professor and author of Happy Money, Michael Norton says a bit of self-denial is a huge happiness booster:  “if you love having the same coffee every day, don’t have it for a few days. Once you have it again, it’s going to be way more amazing than all of the ones that you would have had in the meantime . . . It’s not “give it up forever.” It’s “give it up for short periods of time, and I promise you you’re going to love it even more when you come back to it.”

Making the things you take for granted into “a treat” is something the ancients and scientists agree on. Plus it has other benefits too; it does make you tougher to go without. It increases willpower, and willpower is like muscle power: The more you exercise their will, the stronger it gets. Indeed, by practicing Stoic self-denial techniques over a long period, Stoics can transform themselves into individuals remarkable for their courage and self-control. And once again science agrees. Self-control expert and author of Willpower, Roy Baumeister, says exerting discipline increases discipline: People have said for centuries that you can build character by making yourself do things you don’t want to do, that by exerting self-discipline you can make yourself into a stronger person. That does appear to be correct. And what’s more responsible for success than IQ or pretty much anything else? Self-control. So for today, skip that Starbucks or that cookie. It’ll be even better tomorrow. And it’ll increase your willpower.

Track 4. It’s OK to stumble (OR… What do they call a professional baseball player who makes an out 2 out of every 3 times at bat?  See answer below)

Does Stoicism seem hard? Don’t want to think about how awful things can be right now? Don’t want to give up your ice cream for a day? The Stoics knew that too so they counseled their students on what to do when they messed up — because we all make mistakes. Their solution was to forgive oneself.  The Stoics understood that they would encounter setbacks. Thus, they taught their students that they should not become despondent and certainly should not give up their efforts; instead, they should return to the attack and realize that if they can do the right thing most of the time, they were doing pretty well for themselves. And what does science say we should do when we lose self-control or procrastinate? Forgive yourself and move on.

And, as you Study after study shows that self-criticism is consistently associated with less motivation and worse self-control. It is also one of the single biggest predictors of depression, which drains both “I will” power and “I want” power. In contrast, self-compassion— being supportive and kind to yourself, especially in the face of stress and failure— is associated with more motivation and better self-control. In trying to do anything to better your life, it’s okay to stumble. It takes time. You learn.

Summing it all up.

You’ve only got 30,000 days of life. Here’s what classical philosophers and modern science agree can make those days, and by extension your career trajectory, better:

“What’s the worst that could happen?”
“As if”
Make it a treat
It’s OK to stumble

Answer to the riddle:  Hall of Famer

This article was adapted from the article 4 life hacks from ancient philosophers that will make you happier, by Eric Barker, that appeared in the June 19, 2017 edition of Ladders, an online career development, management and planning resource service.