#MyInternStory: Sriraman Srinivasan and the USTA 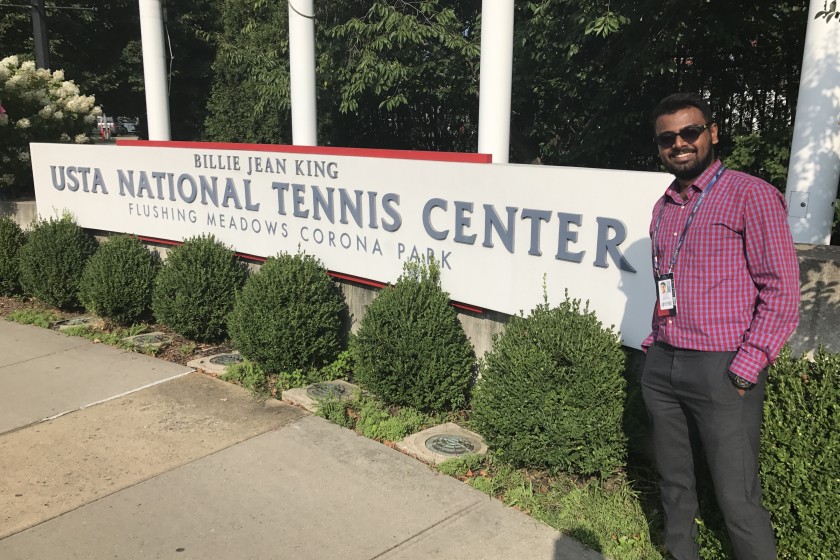 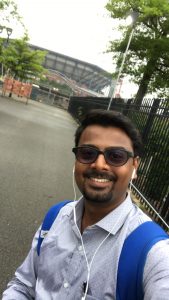 Before the summer of 2017, I was unsure whether to apply for an internship. By the end of the summer, all my doubts had been removed and more. The United States Tennis Association (USTA) gave me the opportunity to leverage my skills and put them to best use. I was given the opportunity to work with a rich database of statistics captured for every point played at the US Open. I worked on determining new ways to explain various key statistical measures used to summarize a typical tennis match. It was exciting to work on derived metrics that portray player performances and created a series of visualizations that conveyed the stats to tennis-loving audiences. For example, it was intriguing to analyze a statistic that would convey how well top-seeded players performed in crucial matches and identify trend patterns over time. The analysis would reveal answers to most interesting questions, such as, “How good are his or her backhand shots? How well does he or she strikes the ball? Do his or her shots fall within court boundaries? How good are his/her serves?” and many more. 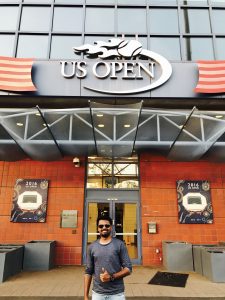 The USTA is the national governing body for the sport of tennis and the recognized leader in promoting and developing the sport’s growth on every level in the U.S. I worked as a Graduate IT Intern at the Billie Jean King National Tennis Center at Flushing Meadows–Corona Park in Queens, New York City. My desk was right in the “Player Operations” area where players or coaches book practice courts and sessions. This association and location feature a great deal of history and it was admittedly overwhelming to be part of that.  As an intern, I was treated as a full-time employee, and was able to experience many benefits. We had “Lunch & Learn” events once per week, which were networking sessions conducted by HR over lunch (Yes! Free food!). These events broke the ice between fellow interns and introduced us to top management within the organization. Coming back to work, my manager would have daily stand up meetings, which would be an opportunity for the group to keep him updated on the tasks we were given and encourage brainstorming sessions amongst us. I personally enjoyed being part of that as they helped me to focus towards an end goal and encouraged me to ask questions for analysis. I also noticed that there is no concept of a “deadline” for tasks allotted. I was given complete freedom to take the time that I needed. That being said, I had to provide my supervisor with a realistic timeline of when the task would be completed. This approach worked best for me, as the tasks allocated were challenging and time-consuming. Having worked previously in the Information Technology industry, I found the work culture here to be both flexible and creative. 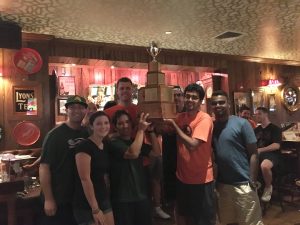 By the end of the internship program, I could add a plethora of programs to my arsenal; such as Tableau, Excel and Python. Through continuous talks with manager to discuss about what went well and what did not, I realized my strengths, weaknesses and gained insight as to where I stood. I worked on my strengths and took feedback to heart to improve my performance. I enjoyed collaborating with colleagues in different departments, such as, HR, Admin, and Media. and explained my solutions to non-tech savvy users.  Towards the end of the experience, I was glad to receive appreciation for my work.

I cannot stop talking about the memories that I had during my brief stint at the USTA. Notable one’s are: I got to play in the Indoor Practice Courts at the National Tennis Center, Flushing Meadows, NY; participated in the inter organization tennis tournament “Freebody Cup 2017” held at Gillie Park Tennis Courts, White Plains, NY; Witnessed legendary actor Kevin Spacey perform live at the US OPEN Centre Court – Arthur Ashe Stadium; Saw Genie Bouchard live at action for NY Empire at the World Team Tennis tournament – and last, but not least, I had the opportunity to attend the greatest annual sporting event in the world, US OPEN 2017!

I would like to thank the USTA, my manager Mr. Faizan Subhani and Director of IT Services, Mr. Jeffrey Zonenshine for hosting such an incredible program.  Special shout out to faculty and friends at UConn MS BAPM! 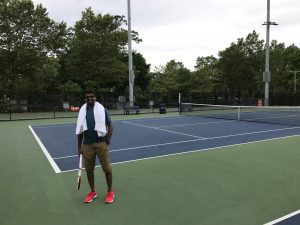