“I’ll Be There For You” is a theme song that will be forever stuck in our heads.  Audiences have been captivated by the lives and antics of Monica, Rachel, Phoebe, Joey, Chandler, and Ross for years, even after the series finale of the show.  Friends is a show filled with both life lessons and career lessons that are worthwhile to keep in mind.

Here are three career lessons we can learn from Friends: 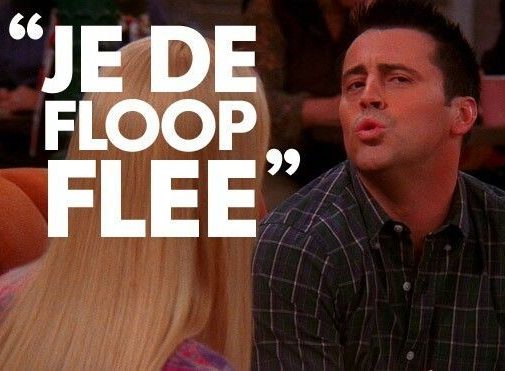 1.  Stay true to yourself
It may be tempting to lie on your resume in effort to make yourself sound better, but Joey shows us that this isn’t the best idea.  According to his resume, Joey is “fluent” in French.  This isn’t exactly the truth, so Joey must enlist the help of Phoebe to learn French before his upcoming audition.  He isn’t able to grasp the elements of the language and hilariously speaks a variation of French that really just sounds like gibberish.  Not surprisingly, Joey doesn’t land the part.  It is important to stay true to yourself and your accomplishments because you never know what you may get asked about by an employer during an interview.  Stay honest, keep calm, and me pooh pooh! 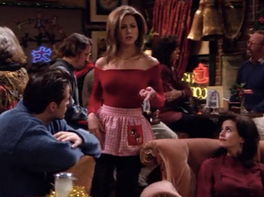 2.  Your first job isn’t your last job
Rachel’s career path during the series is a change-filled journey.  She begins the series as a runaway bride who has been cut off by her parents.  Rachel takes a job at the coffee shop Central Perk just to make ends meet.  Throughout the series, she transforms herself into a career woman and moves up the ranks in the fashion industry, later working for notable organizations such as Bloomingdale’s and Ralph Lauren.  Rachel is never defined by one job and truly embodies the idea that your first job isn’t your last job.  It is important to remember that career paths are rarely stagnant and that change is the only constant.

3.  Don’t be afraid to take risks
One of the running jokes during the series is Chandler’s job as an IT procurement manager specializing in statistical analysis and data reconfiguration.  None of the other characters can seem to remember what exactly Chandler does for a living, and this even causes Monica and Rachel to lose their apartment to Chandler and Joey when Rachel mistakenly refers to Chandler as a “transponster” during Ross’s game show style questionnaire.  Later in the series, Chandler has the opportunity to make a risky career move into an entirely new field.  He takes the risk despite the concerns he has about starting at the bottom as an intern at an advertising agency, ultimately following his own passions.  In the end, his risk pays off, and he excels at the internship and lands a position as a junior copywriter.  Chandler’s complete career switch shows how risks can pay off in the end.  Chandler teaches us that you should go with your gut no matter what and follow your passions throughout your career journey.

All in all, Friends teaches us many valuable career lessons.  It is important to always stay true to yourself, embrace change, and always follow your passions no matter the risk when embarking on your career journey.  If you have any career-related questions or concerns of your own, feel free to schedule an appointment at our office by navigating to https://career.uconn.edu/schedule-an-appointment/.  We’ll be there for you too!