Student Wrapped up in Farmhouse Crepes 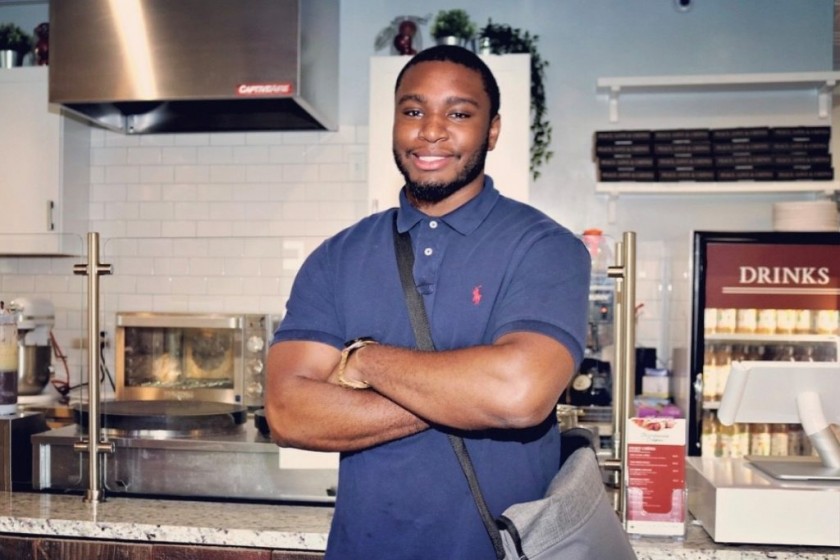 Things haven’t always gone as expected for economics major and local business owner Tahj-Anthony Jean ’19 (CLAS), but at every fork in the road he’s made the choice to take action toward his dreams, he says.

Jean (née Wilson), the owner of Farmhouse Crepes in Downtown Storrs, came to UConn as a freshman in 2015 as a student-athlete on the football team, with his sights set on gaining admission into the School of Business to gain the knowledge needed to succeed as an entrepreneur. Running his own business is in his blood – as a 13-year-old, he built his own computer, and in high school, he started an iPhone repair business. Once at UConn, he decided to open his own restaurant.

When he wasn’t accepted to the business school, Jean says, he became even more determined to succeed as an entrepreneur. And getting his business off the ground led to the difficult choice to leave the football team. So Jean shifted his view of himself, “from student-athlete to student-entrepreneur,” as he likes to say.

Julie Bartucca of the UConn 360 podcast sat down with Jean to talk about the inspiration for his business, how he balances schoolwork with restaurant work, and what he’s learned along the way.

Listen to the podcast: full episodes of the UConn 360 podcast, visit uconn.edu/uconn360-podcast.