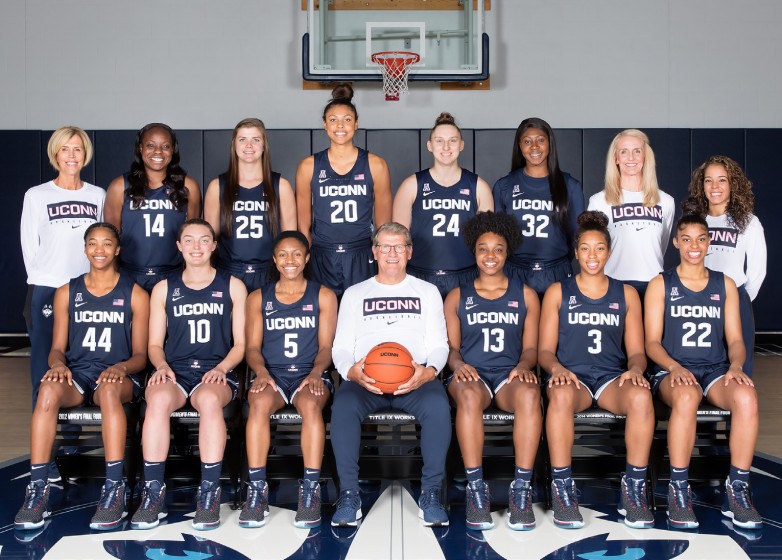 Responsible for the two longest winning streaks in both men and women’s basketball history, the UConn Women’s Basketball team accomplished both 111 consecutive wins from November 2014 to March 2017 and 90 consecutive wins from 2008 to 2010. According to a report released by the NCAA, there was a record of 867 days between UConn losses.

The team also won 4 NCAA Division 1 championships in a row and a record-breaking 11 championships overall. The UConn Women’s Basketball team has not only contributed to the athletic world but has also fostered an incredible amount of name recognition and school spirit for students at the University of Connecticut. 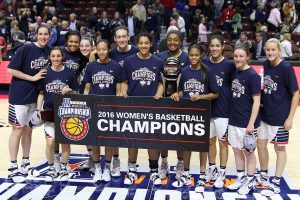 The legacy of UConn’s Women’s basketball is especially great when considering the team’s greater context in American History. The existence of women’s athletics as we know them would likely not have the same structure, attention, and reach without the creation and passing of Title IX and the Education Amendments of 1972.

The UConn Women’s team’s success is an anomaly, especially when considering the fact that women were discriminated against in athletics for centuries. The first Women’s National Championship was held almost a decade after Title IX was passed in 1981, whereas the first Men’s National Championship took place decades earlier in 1939. The UConn women’s team was able to showcase their athletics talents, relentless hard work, and ability to win in spite of embracing the game decades after men’s collegiate teams. 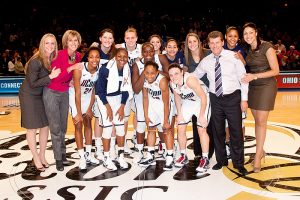 Although Women’s athletics gained momentum after the passing of Title IX, few other women’s teams have been able to reach and captivate such large audiences like the Huskies. UConn’s success is impossible to ignore and is televised on networks that don’t typically promote women’s athletics. Popular highlight shows like SportsCenter include highlights from UConn, although they typically do not include highlights from other women’s teams. Without UConn, there may be no or significantly fewer women’s sports coverage on the networks that reach the largest audiences.

Watching the Women’s basketball team compete when I was a kid undoubtedly impacted how I saw myself as a woman of color.  The incredibly diverse and ruthlessly talented team drew me towards sports and competition. Watching the Huskies be championed for their talents, perseverance and hard work over everything else impacted the standards I set for myself and inspired me to work diligently. The UConn Women’s Basketball team gave thousands of young women faces to identify with and empowering ideals viewers could integrate into their own lives. The Huskies continue to break down gender barriers and improve self-esteem and hope for a diverse range of audiences. 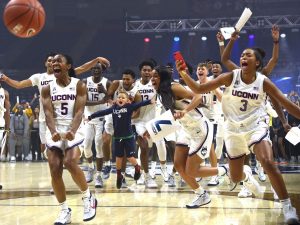 The Huskies are a perfect example of how women do not have to choose the paths conventionally cut out for them.  Each player’s ability and drive to pursue what they loved not only helped create a wildly successful, national-recognized super-team but has also acted as an integral part of campus life at the University of Connecticut.  Although we may not all choose to pursue professional athletics like many of the girls on the team, choosing a professional career that is authentic to your skills, interests, and passions, even if it means disregarding societal expectations, is a phenomenal way to find what you love doing and inspire and impact the communities around you.