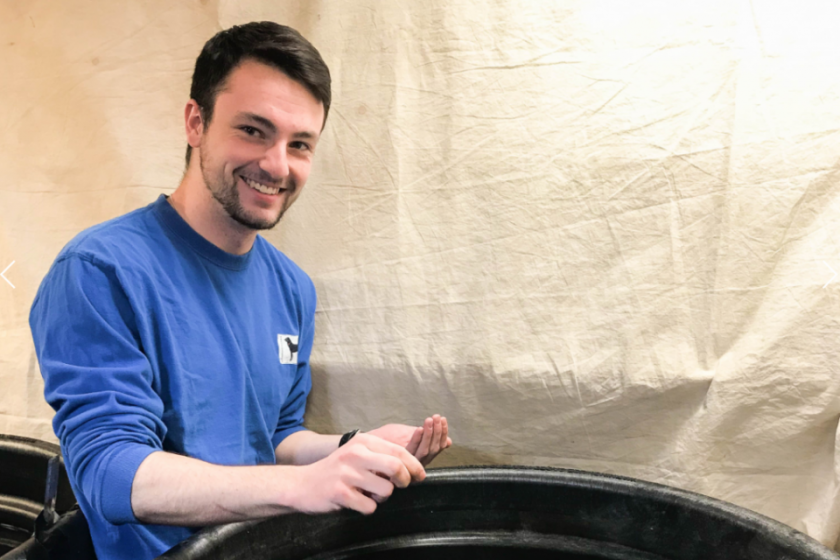 As a kid, Peter Goggins spent lazy summer days trawling a dragnet along the shore in Clinton, scooping up minnows, baby bluefish, and sea robins.

As he got older, he bought a dinghy and a fishing pole and continued his passion, fishing for flounder and larger bluefish.

“I always thought the marine environment was cool, and aquafarming even better,’’ says Goggins, a junior majoring in environmental science (CAHNR). He is the founder of Pisces Atlantic, a new fish-food company that he’s running from his Middletown home.

Goggins, who was one of the winners of the School of Business’ 2019 Innovation Quest entrepreneurship competition, has created a new fish food that he believes rears healthier fish, is better for the environment, and is at least 20 percent less expensive than typical commercial fish feeds. A few weeks ago, he secured his first customer, a koi farmer in eastern Connecticut.