Overcoming the Fear of Public Speaking 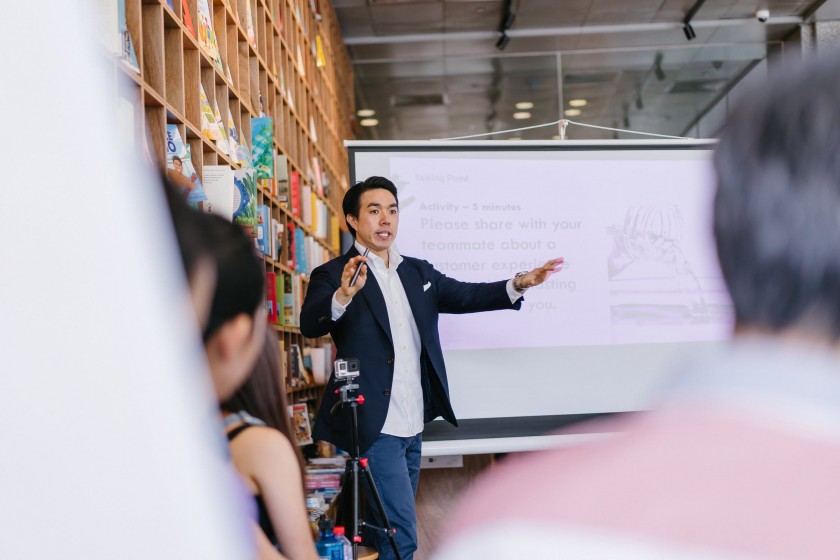 Public speaking presents itself as a necessity in so many different contexts – the classroom, at work, and even informal settings. Glossophobia, the fear of public speaking, is far more common than you’d think; in fact, only 10% of the population actually enjoys public speaking, according to Forbes. The rest of us are either genuinely terrified at the thought of public speaking or show some symptoms of anxiety. I never considered myself as someone who was afraid of public speaking but I certainly didn’t revel in it, so I did a few things to enhance my skillset in that area.

One piece of advice I was given by friends and other acquaintances who went to college was to take a public speaking course as soon as I could, so I took the chance when I saw it (UConn offers this class as COMM 1100: Principles of Public Speaking). From what I read about COMM 1100 online, it had all of the elements that I would need – a smaller classroom setting with three large presentations (or, speeches) and a lecture to every week to give me a foundation to inform my speeches further.

Practice by yourself AND with a trusted friend

I had to practice regularly, as my performance on these speeches and presentations was quite literally my grade, so I spent a lot of time in front of my mirror. Once I felt more confident, I asked my best friend to listen to me practice too, which helped. She was the only one I felt could listen to me, make me feel proud of what I had accomplished, and also give me constructive feedback; she was also in the class with me, so she caught some of the things I was doing wrong that she knew would take away from my performance.

Develop and apply your skills in other courses

As soon as I started thinking more critically about the public speaking I was doing in class, I realized that I could take what I was learning and put it to use in my other courses. My group work and presentations steadily improved, along with my in-class discussion participation.

Putting it to work

My current role at the UConn Center for Career Development requires a lot of public speaking. My fellow Career Interns and I frequently facilitate group workshops, give individual resume critiques and classroom presentations, and we lead other events that often involve speaking in front of large audiences. Being able to develop that skill set regularly has revolutionized how I see public speaking, and has made me infinitely more comfortable approaching events and other programming that involve public speaking.

Presenting yourself in front of an audience, no matter the size, can be nerve-wracking – embrace that, it’s completely normal! However, you can empower yourself with the knowledge that there are ways to manage it on your own and resources that exist to support you.