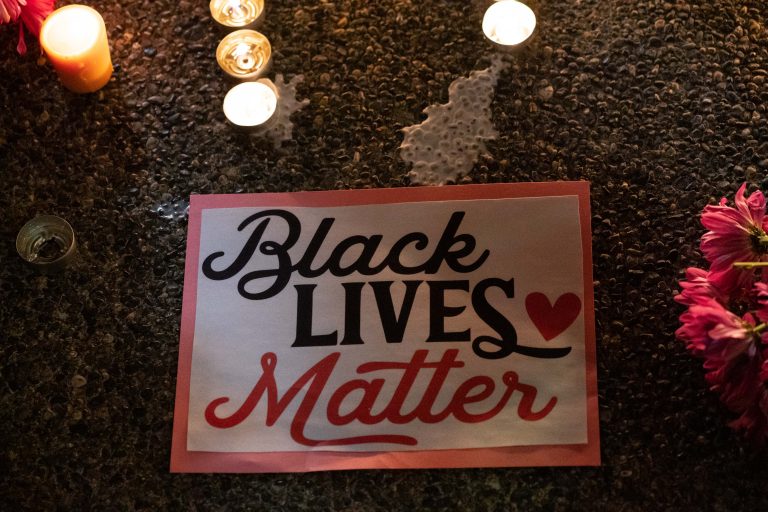 Here is an excerpt of the article. Read below and follow the link to see the full article.

In Angie Thomas’s YA novel The Hate U Give (2017), sixteen-year-old Khalil Harris explains Tupac Shakur’s THUG LIFE tattoo as a comment on systemic racism: ‘The Hate U Give Little Infants F—s Everybody.’ Minutes later, Khalil is murdered by a police officer in front of his friend, Starr Carter. In the aftermath, Starr’s father elaborates: ‘the hate they’re giving us, baby, [is] a system designed against us. That’s Thug Life.’ And Starr realizes, ‘it won’t change if we don’t say something.’ This reading from our American Literature class last fall came to mind when we saw Donald Trump threaten military action against Black Lives Matter protestors, calling them ‘THUGS‘—a moment that illuminated just how clearly our government picks and chooses between its people. To this president, non-violent Black Lives Matter protesters working for an anti-racist United States are ‘thugs.’ Gun-toting white people protesting national health guidelines are ‘good people’ who “want their lives back again, safely!”

None of this is new. Black people have never been safe here, as the growing list of lost Black lives makes painfully clear. Black people have been subject to anti-Black violence in this country since before it was a country—to kidnapping, enslavement, Jim Crow, neoliberalism, prison- and military-industrial complexes. This is not the history we are usually taught in school. But this is the history we acknowledge—the history of a community currently rising up in self-defense after hundreds of years of violent oppression. At first, some of us felt ashamed of this history. Now, we are angry. This is the history we refuse to be silent about; silence is a privilege that we cannot afford. Nuestro fuerza viene en la unidad”…

To see the full article: https://today.uconn.edu/2020/07/op-ed-studying-racism-helped-us-become-anti-racist-activists/#