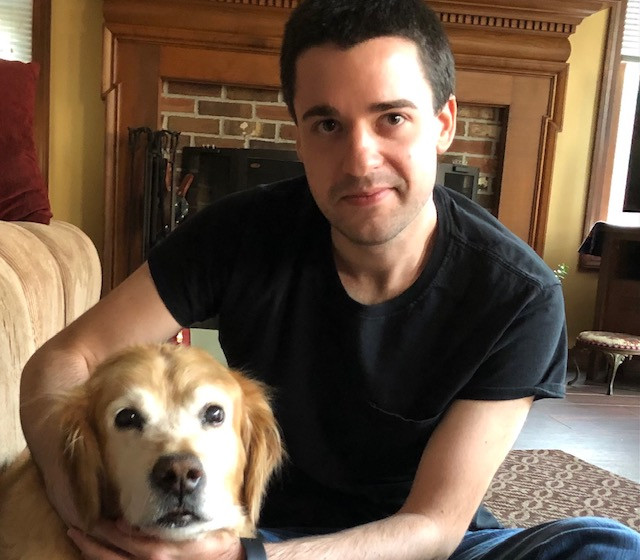 In many ways, there’s a lot to thank UConn’s Center for Students with Disabilities for when it came to me eventually finding my way to my current full-time job. Particularly with the assistance of Associate Director Christine Wenzel, her department was there when I was originally diagnosed with ASD a decade ago. I had already spent time at this university, but I still felt like a stranger. I remember always walking across the campus to the separate buildings where my classes took place, each and every day, riddled with anxiety and loneliness among the dense crowds without knowing what to even do aside from complete my assignments and earn those credits. Before I had my diagnosis, I was too terrified to reach out to anyone because I didn’t even understand myself at the time.

And then my therapist on campus recommended I go see CSD and my days have felt far less tense. I felt understood and, more importantly, not alone. It turns out I wasn’t the only student who couldn’t just blend into that large population so easily. People like me have mental conditions that make it so difficult, but it’s okay if you seek out help and learning to make it a little easier. And I learned over time with some help from that department that I can be a part of the UConn community, in my own ways without feeling like a stranger anymore.

Since then, it’s been a long road until I made it to my current career as a Court Reporting Monitor at one of the courthouses in Connecticut but I finally made it. I managed to get a job where I can use the writing skills I’ve developed in obtaining my Bachelor’s in English and writing weekly for The Daily Campus and also the social skills I’ve started to learn at CSD to have been comfortable here for years.

The biggest hurdle that came from the job search was easily the unpredictability. During my years of finding a fulltime position, I once even had a job that was lined up to start with me already being offered the position and filling out the necessary paperwork, but then a week prior to my start date I got the call that the opportunity vanished due to an unforeseen issue with finances.

It can be an incredibly wanton process at times, going to an interview and already seeing the body language and flippant remarks from the interviewer giving off the impression that I’m already not wanted due to a lack of experience. Finding a vocation when I was just starting off fresh from college felt like a nonstop barrage of failures. Until I found my current full-time job, I had gone through at least three job coaches, two companies that assist with finding employment, and about a half dozen internships that had zero intent to hire me full-time once the contract ended.

But the silver lining of the literal years of seemingly making no significant movement was what ended up helping me become qualified for the job I have now. All the experience I had from those internships and part-time jobs, all the online courses I took, all the interactions with people I had along the way, was what ultimately made my resume stand out and have me succeed in that last job interview I had over two and a half years ago. It was a difficult process, but one that slowly helped me grow and become more capable of handling my current position along the way.

And it’s been great. My ability to reach out and approach people has improved so much this past decade and being able to just say good morning to my coworkers or inquire with my boss about an assignment I’m working on isn’t a challenge like it used to be. And during the current pandemic where most court proceedings have had to turn digital requiring the entire staff in my department to resort to using new computer programs, I was the only one in the staff who has such a dedicated amount of programming knowledge with some help from a prior internship which allowed me to act as both a test subject and tutor for my coworkers as everyone has gotten used to the new normal in our daily routine. In other words, I’ve managed to find a place where I felt belonged and wanted in my job, something I’ve been looking for since I graduated.

For anyone who may share my career path or resonates in any way with my story, I have one piece of advice: don’t give up. I’ve failed more job opportunities than I can even count and reaching this current level of personal development has been anything but easy. But you have to try. You have to put in the effort and not be afraid to seek help in the departments and people who are willing to give you a helping hand. Then you’ll be able to find yourself at a place in life you can take pride in and appreciate everything that has led you there.