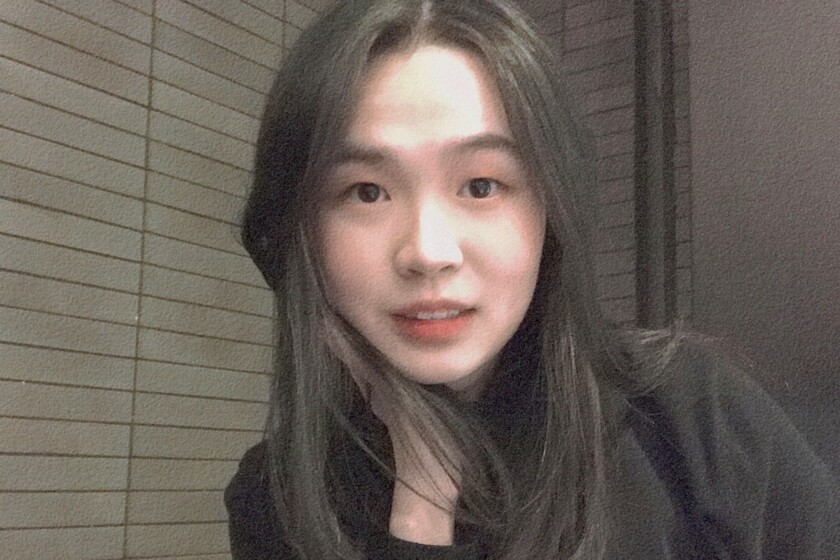 Xinming Zhou is a junior studying cognitive science at UConn. Xinming has been quite involved on campus and has taken a very proactive approach to career readiness.

Moving to Connecticut from China

Xinming came to UConn from China and experienced an adjustment period with the course structures and test-taking practices here in the U.S. Xinming explained that in China her school had retake policies on tests, where here at UConn she discovered that she had to succeed on a test the first time. Xinming learned quickly to rely on the resources that UConn offers to assist in her academic studies. Xinming explained that she “went to the Q-center and Writing Center often, and I also reached out to professors and TAs to seek help.”

“I’m exploring my interest in potential jobs early. I tried to experience more by interning as a marketing assistant during the summer prior to college in Guangzhou. The next summer, I interned as an Undergraduate Research Assistant at a neurobiology lab in Beijing.”

“All of these positions provided me opportunities to experience more and helped me narrow down my interest.”

Xinming joined the CLAS Leadership Board at UConn. During her time on the Board, Xinming has strengthened her event planning skills, collaboration with others, and her communication skills. Xinming shares this example, “we as a group brainstormed our potential events and coordinated among participants to the end of the event which was a great opportunity to contribute your thoughts and embrace differences from others.”

Are you still exploring majors?  Xinming suggested trying out The Major Experience (TME). She also suggested reaching out to upperclassmen in the major you are interested in “…that’s how I started with my search in a research lab. Ask if they have any advice for students like you.”

“Go to the Center for Career Development to talk to a career coach. Also, explore Handshake for job postings, and visit a career fair if you would like to work right after graduation or would like to gain some experience in the industry.”

“The Daily Digest is great! I saw the Center for Career Development posts events such as off-campus resume pop-up events, in which a staff member gave me suggestions on how to edit my resume and make it better for later use. The Center for Career Development also provides opportunities for mock interviews and personal statement reviews for graduate school. I would suggest all international students look into and take advantage of these great resources.”

“Finding a research lab might be difficult at UConn since most labs have limited space for undergraduate students to get involved. I would like to suggest reaching out to professors in your course. Ask if you can get involved in their labs, or do an independent study with them. You can also go to the department website (i.e., UConn psychology) and look for pages suggesting how to get started with research (it might list faculty members and their research lab website, which I highly recommend). In addition, you can go to the website of UConn Office of Undergraduate Research and look at the opportunities they provided (many awards and grants).”

“I personally have done research at the Language and Brain Lab. It gave me a closer look at research and what it would be like working as a research assistant or a job in academia. For example, I got hands-on experience on how studies are conducted and how data is analyzed, which is a great experience if you are planning to go to graduate school.”

“Look at the Daily Digest often. Many opportunities are listed there as well (I have seen posts calling for undergrad research assistants, on-campus jobs, volunteers, and more.”