An Interview with a UConn Werth Innovator & Entrepreneur 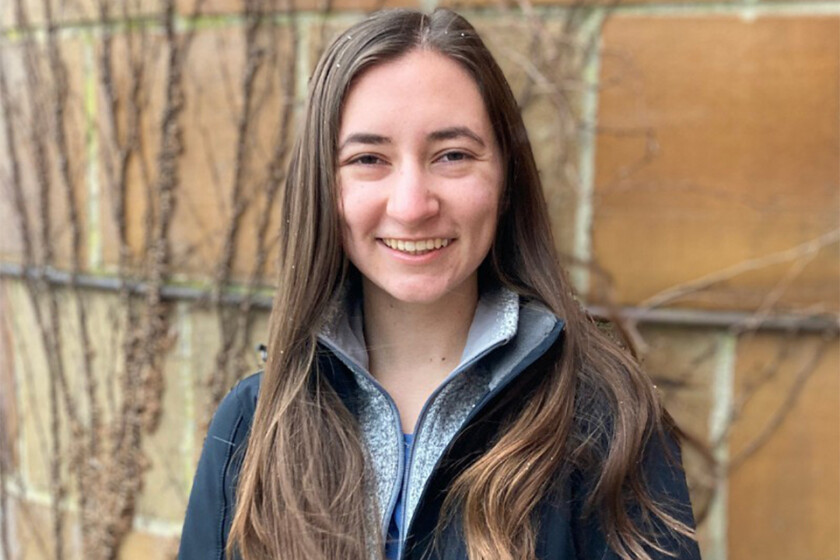 Natalie Lacroix is an accomplished student at UConn, who has had a major impact on the University’s Entrepreneurship and Innovation programs. She is a Werth Innovator and was selected to be the first Project Manager for the pilot team of VentureWerx, an organization through the Werth Institute that allows students to help other student start-ups.

Hi Natalie. Please introduce yourself and your area of study at UConn. And what made you choose that?

I am currently a junior studying Digital Media and Design, concentrating in Web and Interactive Media Design. I have always been interested in design, film, coding, and I felt like Digital Media was the perfect way to encompass all of that. I am also minoring in Computer Science, which pairs really well with my Web concentration. They combine so many of my passions, and I get to do what I love.

What interested you in entrepreneurship and how did you get involved with the Werth Institute?

I was very interested in the Learning Community Innovation Zone, which is located in Werth Tower. I was always down there just trying to see all the cool machines and figure out what I could make. I was just fascinated with making and innovation, and one of the overseers of the Makerspace introduced me to the Werth Institute. He recommended the Werth Innovators program, and that opened the door to Entrepreneurship for me. I definitely started more on the Innovator side, but have learned more about Entrepreneurship through the Werth Institute. I then took David Noble’s course The Entrepreneurial Journey, and from there it just spun onwards.

So from the introduction to the Werth Institute, how did you get to be a project manager for VentureWerx and what was that like?

When I became a Werth Innovator, there were a lot of good networking opportunities where I got to meet other Werth Innovators, along with the entrepreneurs and innovators I got to meet in David Noble’s class. This was very inspiring to me and I had the opportunity to research entrepreneurs, which helped me get into that entrepreneurial mindset. From there, I just spoke to David and showed my interest in getting more involved. When the idea of VentureWerx arose during the summer, David reached out to me and pitched this idea. It was a very new concept and hasn’t really been done before, and I was like “Let’s do it!” I just wanted to get involved in any way that I could. They then offered me the role of Project Manager, which was a bit daunting at first, but I was super excited to get started and work with a great team of people, including other student entrepreneurs.

What were some positive aspects and challenges of being a Project Manager?

The biggest challenge for me was that I didn’t have any prior experience with the program, because it was so new. It was completely uncharted territory, and there was not a lot to go off of. So the hardest part was just trying to figure out what it was that I wanted to achieve with my team and how we were going to do that. As we started working together, we gained momentum and it started to all come together. It was exciting to apply the skills I learned from class to the real world. One of my favorite parts though was how we did not just grow as individuals, we grew as a team.

Aside from VentureWerx, what is the coolest project you have worked on at UConn?

I am currently working with Eva Quiqley (Werth Innovator), who is developing a plant-based nutrition bar. We have been working on this for the past year. I am the Marketing Manager, but also help with some of the Business aspects. It has been so much fun working on this, and right now it is really starting to kick off. We are working on finalizing the bar designs with the manufacturers and are getting ready to place our first shipment of bars.

Is networking an important part of Entrepreneurship & Innovation?

I definitely think it is. I am more on the introverted side and used to always avoid small talk. That is something I had to work to overcome, and I now see a lot of the benefits that come from networking. It is so interesting to see how a group of people who are like-minded and have different skillsets can just form these teams. And these teams can go on to do some amazing things.

What are some organizations, resources, and people that you would recommend to other students who are interested in Entrepreneurship & Innovation?

I definitely recommended the Learning Community Innovation Zone on campus. It is such a good way to get those creative gears turning and see what you can make. I always think that seeing what you make gets you motivated and inspired to see what you can do next. And you are going to meet some great people down there, who are also interested in similar things! Also, I recommend getting involved with the Werth Institute. They have a lot of great programs such as the Werth Innovators, VentureWerx, and NetWerx. All of them are excellent ways of connecting you with other students, as well as current entrepreneurs, in the field that you might be interested in.

If you are interested in speaking with Natalie, feel free to reach out to her at natalie.lacroix@uconn.edu