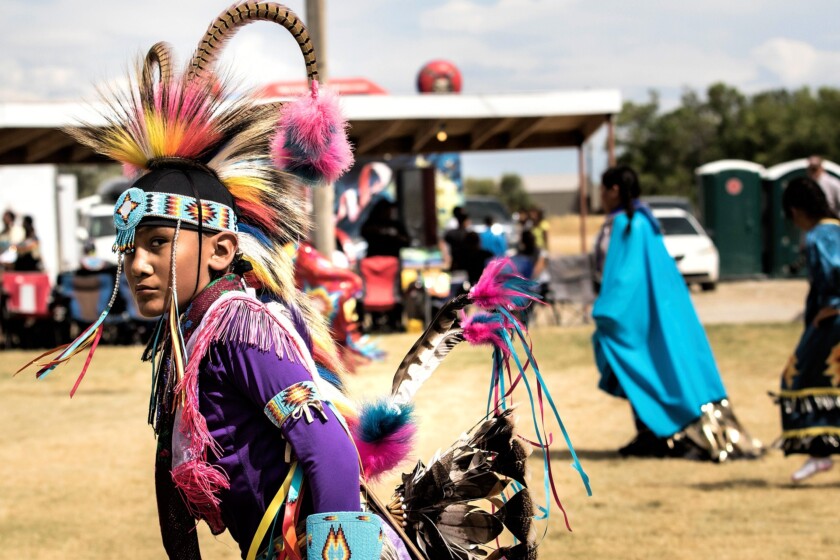 We would like to begin by acknowledging that the land on which we gather is the territory of the Mohegan, Mashantucket Pequot, Eastern Pequot, Schaghticoke, Golden Hill Paugussett,  Nipmuc, and Lenape Peoples, who have stewarded this land throughout the generations.  We thank them for their strength and resilience in protecting this land, and aspire to uphold our responsibilities according to their example. – Land Acknowledgement by UConn Native American Cultural Program

The statement above is UConn’s land acknowledgment for Storrs, Connecticut and the actual campus. We acknowledge the land that we occupy to honor whose land it originally belonged to. In other land acknowledgments you will also see a statement in regard to the enslaved Africans and their descendants that have built the lands as well. November is celebrated as Native American Cultural Month. The month started in 1976, where former President Gerald Ford proclaimed Oct. 10-16, 1976, as “Native American Awareness Week.” Eventually, in 1986, President Ronald Reagan proclaimed Nov. 23-30, American Indian Week. It became a month-long celebration starting in 1990 by former President George H. W. Bush and then became a recurring celebration in 1994. In 2021, current President Joseph Biden issued a proclamation declaring November as National Native American Heritage Month.

Native Americans and other Native/ Indigenous people across the world have contributed significantly to everyday life across the globe. Inventions span from baby bottles to syringes to kayaks. One of the biggest contributions of Native and Indigenous peoples is art. From folklore to paintings, Native and Indigenous peoples have continued to highlight their heritage and maintain their communal beliefs through art. You can view examples by visiting sites like the Denver Art Museum, Art of Native America at the MET, Native Women Artists by the Smithsonian American Art Museum, or the Museum of Indian Arts + Culture.

If you are interested in learning more about Native American peoples, and the ones whose land we occupy in Connecticut, only an hour away from the Storrs campus, we have the Mashantucket Pequot Museum. Their website states, “Films and videos, interactive programs, archival materials, ethnographic and archaeological collections, commissioned art, and traditional crafts by Native artisans are featured in the exhibits.” To get involved at UConn, visit the Native American Cultural Programs.

Be on the lookout for more information on this cultural month as it relates to career and career development via our Instagram (@uconnccd), Facebook (UConn Center for Career Development), and Twitter (@UConnCCD). Until then, look at the Center for Career and Development’s Native and Indigenous Peoples page to view more resources.

Image by Trenna Sonnenschein from Pixabay