The Long Game: Doug Glanville has no right to be this good at this many things. 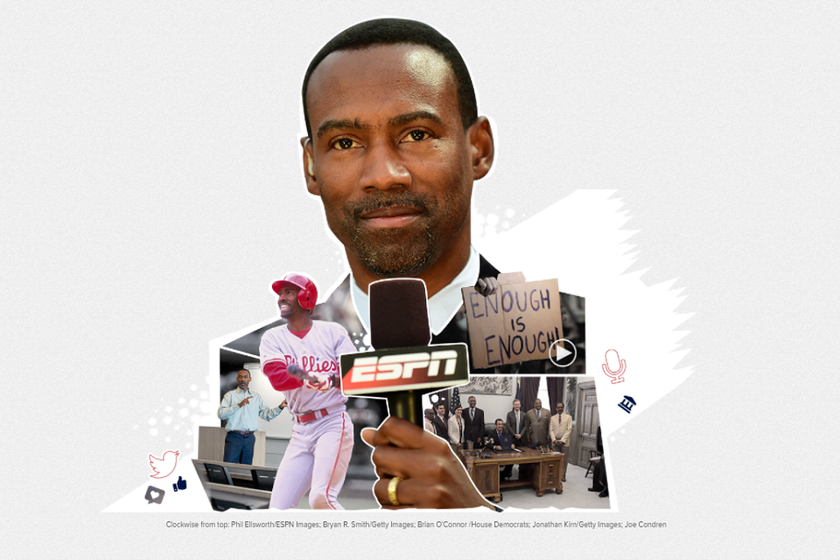 When Neag School of Education professor Doug Glanville cleaned out his garage during a recent family move, he unearthed some unusual stuff. Interspersed among the old grill equipment and lawn chairs were a dozen baseball bats, signed by Derek Jeter and other MLB stars, and beneath them a pair of Nike spikes that once belonged to Michael Jordan, during his year of professional baseball.

These items were not the treasure trove of a fan or collector, but rather the personal scrapbook of a man with the unlikeliest of backgrounds for a professor: Major League Baseball. As an outfielder with the Cubs, Phillies, and Rangers, Glanville spent a successful nine years on the field where it happens — in 1999 he batted .325 while stealing 34 bases. He showed me a panoramic photo of jam-packed Enron Field in Houston, on its inaugural night back in 2000, pointing to a tiny figure at the plate. “That’s me, leadoff guy. I got the first hit and first stolen base in the history of Enron Field.”

This story and image originally appeared in UConn Magazine. Click here to read the full story.