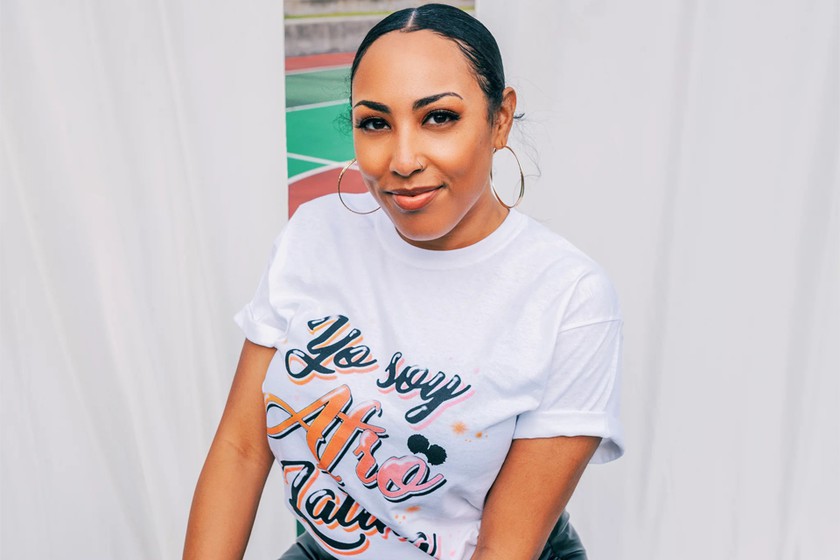 Latinx Month is from September 15th to October 15th, and to celebrate, we are highlighting Bianca Kea, an Afro-Latina entrepreneur and business owner who founded the company Yo Soy Afro Latina, an apparel company that sells clothing and accessories celebrating and empowering Afro-Latina women!

Ms. Kea grew up in Detroit, Michigan, where she was raised by her mother of Mexican heritage, who passed on her Latinidad to her daughter through food, art, and dance. Ms. Kea grew up feeling strongly connected to her Latinidad,  but disconnected due to a lack of Afro-Latinx representation in the media. This feeling of isolation was made stronger when people saw her as Black first and assumed that was the only identity and cultural heritage that she had. While attending college in New York, she found a sense of belonging and community in Brooklyn. There, she was exposed to a wide variety of Afro-Latinx cultures, prompting a desire to know more about and embrace the full depths of Afro-Latinx identity.

This sense of disconnection between her Latinidad and her Black ancestry returned after moving to Los Angeles, California, where she felt the culture was much more segregated. Ms. Kea told PopSugar that “people simply saw me as a Black woman there. They didn’t know that I could speak Spanish. They didn’t know that I could understand them and be at the intersection of two cultures,” which sparked the idea of creating Yo Soy Afro Latina. Inspired to create community and empowerment for herself, Ms. Kea educated herself on various aspects of Afro-Latinx identity, citing the book “Black in Latin America” by Henry Louis Gates Jr. as a major inspiration in her journey toward creating Yo Soy Afro Latina.

Ms. Kea began Yo Soy Afro Latina in 2017 with the initial primary goal of creating a community where Afro-Latinas from all over the world could connect and gain a sense of sisterhood and sorority, which it has succeeded at. Yo Soy Afro Latina’s website states that “we are on a mission to empower Black women within the Latin community….This is more than a trend or a movement. This is a celebration of a culture that is just as diverse as rich in pride.” Her business has since grown exponentially, with over 16 thousand followers on Instagram and a growing community of Afro-Latinas celebrating their heritage, cultures, and each other.