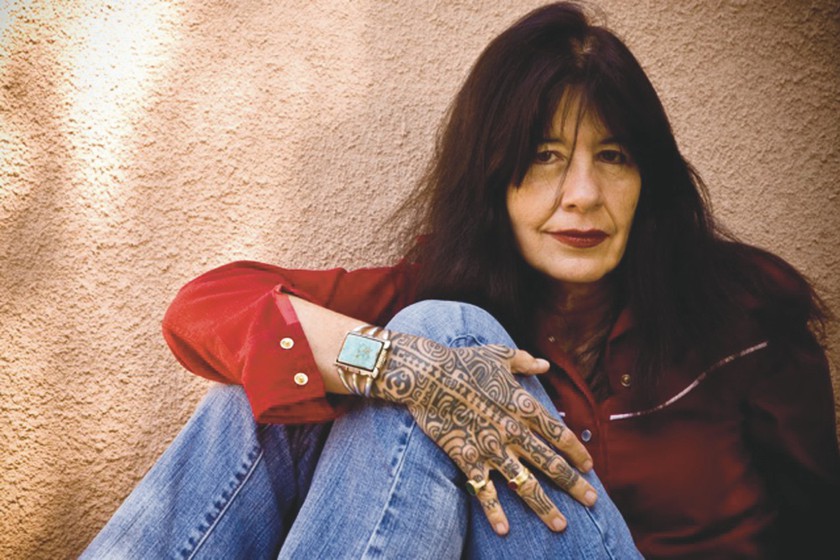 Joy Harjo is a Native American author, poet, activist, and teacher. Harjo was born in
1951 to a Muscogee father and a Cherokee and European-American mother, and is a part of the Muscogee (Creek) Nation. She taught as an instructor at various universities over the course of 19 years, with one of her students being Deb Haaland, the current United States Secretary of the Interior and the first Native American to be nominated to that position. Her literary career began in 1975 with the publication of her poetry collection The Last Song, and since then she has published 8 more poetry collections and has earned many awards, including the Ruth Lilly Poetry Prize in 2017, the Wallace Stevens Award in Poetry in 2015, and the American Book Award in 1991. In 2012 Harjo was inducted into the Mvskoke Creek Nation Hall of Fame.

In 2019 Harjo was named the 23rd U.S. Poet Laureate by the Library of Congress,
and served three terms as Poet Laureate from 2019-2022. She is the first Native American to hold that position and only the second Poet Laureate to serve three terms. Her poetry explores themes of social justice, history and tradition, feminism, and First Nation storytelling while incorporating Indigenous mythology, symbolism, and values. Harjo also uses her poetry as a form of activism, bringing light to the effects of colonization, imperialism, and sexism on Native American women and issues of sovereignty and racial formation.

Harjo is also a musician, learning to play the saxophone and flute. She has
released 9 albums, with her 2008 album Winding Through the Milky Way winning her the award for Best Female Artist of the Year from the Native American Music Awards. Her music explores similar themes to her poetry, and Harjo sees her musicality as another way of reaching the listener when she reads her poems aloud.

Joy Harjo is a trailblazing cultural icon who has undoubtedly made a lasting mark on the arts, and her works will continue to inspire people for generations to come.If you’re interested in exploring career paths in the arts like Joy Harjo, you can set up an appointment with one of our Career Coaches to learn more about the paths you can take!