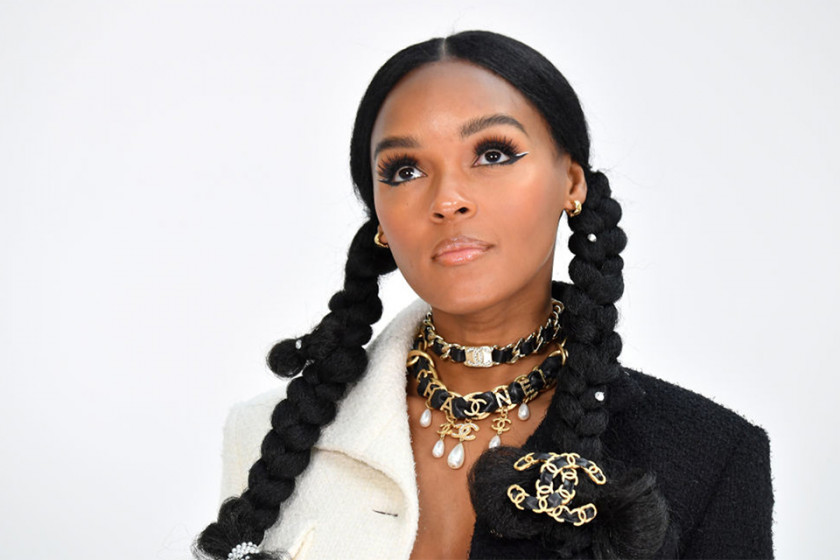 The multitalented singer, songwriter, actor, performer, producer, and activist Janelle Monáe has had a busy quarantine. In addition to fighting food insecurity amid the Covid-19 pandemic and starring in the second season of Amazon’s Homecoming, the eight-time Grammy-nominated artist was the subject of two popular podcasts: Marc Maron’s WTF and NPR’s Fresh Air. Also, at the end of May, Monáe appeared at No. 4 on Fast Company’s first-ever Queer 50, a ranking of the top LGBTQ women and nonbinary innovators in business and tech.

Largely culled from these podcasts and a profile accompanying the Queer 50 list, here are four lessons from Janelle Monáe’s varied and wildly successful career.

1. Surround yourself with like-minded people aiming for similar goals

Monáe grew up in Kansas City, Kansas (where her parents worked as essential workers—janitors). Then, after a short stint in New York City, where she studied musical theater at the American Musical and Dramatic Academy, Monáe moved to Atlanta. It was there that her multifaceted career launched. And Monáe attributes her career taking off to the people she surrounded herself with in Atlanta—other Black creatives around the campuses of Morehouse, Spelman, and Clark Atlanta University.

It was also in Atlanta where she created, with the musicians Chuck Lightning and Nate Wonder, the arts collective and record label Wondaland Arts Society. To this day, Monáe still works with the Wondaland artists she collaborated with back when her career began. And, often, when Monáe is hired by a production company or director, she’ll require that whatever she’s appearing in (film, series, etc.) will use a Wondaland artist.

It’s important to note that you don’t have to be pursuing a creative career to follow Monáe’s lead. No matter what you’re pursuing, it’ll likely boost your career and improve your chances of short-term and long-term success if you’re working alongside—literally and figuratively—other people with similar goals. There’s strength in numbers when it comes to idea generation, productivity, and getting work—Wondaland operates like one big network. There’s a reason that, to this day, certain cities are synonymous with certain industries. It’s the people who congregated there and collaborated there that made them so.

2. You don’t have to reinvent the wheel to be unique and successful

Even though Monáe sounds like no other musician working today, she admitted to Maron she’s not creating anything “new under the sun.” Rather, it’s the “elements”—interests and influences—she puts together and the way she puts them together that makes her music unique and sets it her apart from other musicians. Those interests and influences include Stevie Wonder, Prince, David Bowie, Lauren Hill, science fiction, horror films, and Broadway musicals, among other artists and genres. It’s the combination of all of these that makes a song a Janelle Monáe song, a record a Janelle Monáe record, a project a Janelle Monáe project.

Take Monáe’s latest LP, 2018’s Dirty Computer. When she released that album, Monáe also released a short film to go along with it. She didn’t call it a film but an “emotion picture.” Meanwhile, Rolling Stone called it a “sci-fi masterpiece,” pointing to film influences from Blade Runner and Star Wars to the mind-bending Eternal Sunshine of the Spotless Mind and the 1927 German silent film Metropolis. Rolling Stone also pointed to The Handmaid’s Tale, The Matrix, and the 1985 dark comedy Brazil as influences. Meanwhile, Pitchfork noted that Monáe’s film gives “artistic and sartorial nods to Keith Haring and David Bowie.” As for musical influences on Dirty Computer the record, the mega-hit “Make Me Feel” has Prince written all over it, and even the record’s title seems to be a nod to Prince’s most sensual release, the late-Minneapolis-native’s 1980 breakout LP Dirty Mind.

It’s been rumored that before Monáe accepted her first acting role—to play the part of “Teresa” in Barry Jenkins’ film Moonlight, which won the Best Picture Oscar in 2017—Monáe turned down some 30 roles. Monáe recently dispelled those rumors, saying that it wasn’t quite that many, but she added that it was several. She also said she initially wanted her first role to be the lead of a sci-fi series but that opportunity never came. After Moonlight, Monáe’s second role was co-starring with Taraji P. Henson and Octavia Spencer in Theodore Melfi’s Hidden Figures, which in 2017 was nominated for Best Picture alongside Moonlight.

Two Best Picture nominees is not a bad way to begin an acting career. And that was no accident. “One of my biggest strengths is I’m unafraid to say no,” Monáe said in an interview with Fast Company. “I’m not into people owning me. I have a strong vision, and any companies or partners who want to work with me have to match my purpose: shaping culture, redefining culture, and moving culture forward.”

Although it can be difficult to follow Monáe’s lead and say “no”—turn down less-than-ideal jobs and projects—it’s important to keep in mind that accepting a less-than-ideal opportunity can prevent you from receiving and following through on an ideal opportunity. So, don’t be afraid to say “no” and say it often. Of course, sometimes you might have to take on something for financial reasons that doesn’t exactly align with your values (Monáe started out in Atlanta by working at Office Depot to pay the rent). But hold out if you can. It’ll be worth the wait. Also, keep in mind that having a strong vision like Monáe will make knowing when to say “no” a whole lot clearer.

Balancing acting and music careers with running a production company and community activist endeavors is no easy task. Just like any incredibly busy professional, Monáe needs to communicate with colleagues and partners many times a day. And she says her secret to organizational success is this: “Slack!”

So, if you’re not Slacking yet, it might finally be time to get with the real-time communication program. Also, if you want to copy other parts of Monáe’s morning routine, after Slacking and breathing, she typically does this: eats oatmeal and works out for 30 minutes.