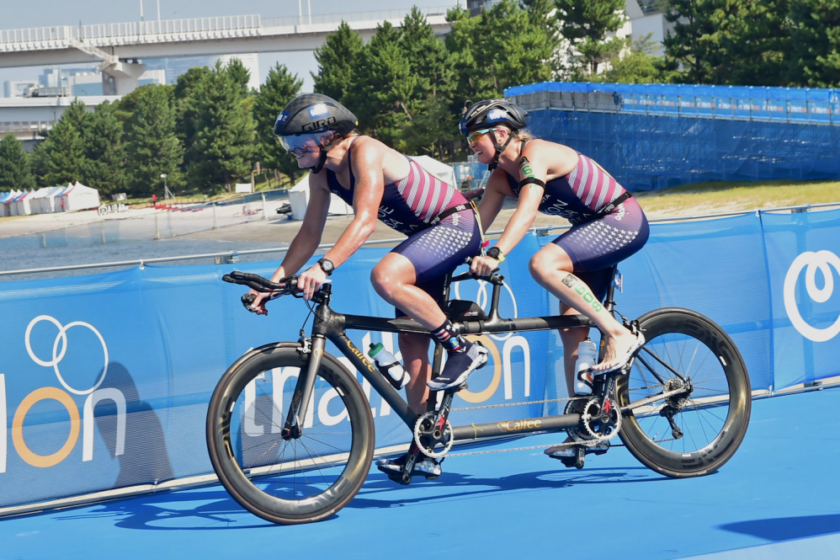 Amy Dixon has always been a competitor in her life. She started to ride in equestrian events at the age of five and was swimming in meets at six. She’s played soccer and was an “all-around sports geek” in high school, as she describes it.

This summer, the former UConn student will become the ultimate competitor as a member of the United States team at the Paralympic Games in Tokyo. Dixon earned a spot in the paratriathlon, which combines a 750-meter open water swim, a 20-kilomoter bicycle race finished with a five-kilometer road race.

Dixon originally grew up in Pound Ridge, New York, and had horses at her home. In her sophomore year of high school, she moved to Brookfield, and graduated from Brookfield High School. She enrolled at UConn – taking classes at the Waterbury, Torrington, and West Hartford campuses – as a pharmacy major with a journalism minor. She was the managing editor of the student newspaper at UConn Waterbury.

Dixon started to developed sight issues as a UConn student, and at first it was night blindness. Then she was having problems pouring glasses of wine at the restaurant she was working at to help pay tuition. She worked with advisors at UConn to find out how she could get a college degree, and eventually graduated from Post University with a degree in equine business management.

Dixon is at least the second former UConn student to earn a spot in the Paralympics, joining Steve Emt – who was a curler for the United States at the 2018 Winter Games. Watch Dixon compete in the Paralympic Games between Tuesday, Aug. 24 and Sunday, Sept. 5.