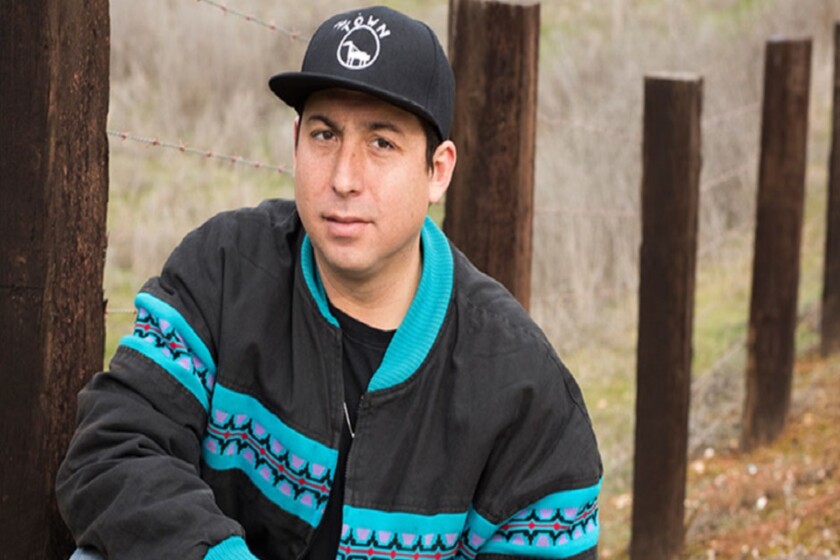 This blog is part of a series documenting notable people from underrepresented groups and the career insights they provide us. As you read, click links to access additional career development resources.

Tommy Orange is a Native American author of the Cheyenne and Arapaho tribes. He is best known for There There, his 2018 debut novel, which follows the journey of 12 “urban Indians” living in the greater Oakland, California area who converge onto a stadium powwow, reconnecting over their Native identity.

For Orange, his literary career has been focused on expanding how people see Native Americans beyond the shallow stereotypes. Orange says in an interview that “when people think the only way to be Native or to look Native is based on a historical, head-dressed, feathered image, you have already disappeared. You’re already gone before you start” (3). There There counters this by presenting protagonist Native characters who don’t live on reservations and are all unsure of what their identities mean.

Orange himself has struggled with finding his place as a Native American man. He was born to a Native father and a White mother with different religious beliefs. He initially went to college for music, but could not find any opportunity to pursue his dream of writing piano scores for movies. Working in a used bookstore after graduation, Orange developed his passion for reading. He got the idea for There There out of frustration with the literary canon of Native Americans being restricted to reservations. He wanted to see stories of “urban Indians” like himself represented.

Indeed, alongside Orange, many contemporary Native writers are shaking up the Native literary canon. Joshua Whitehead writes poetry that explores queer Native identity. Terese Marie Mailhot in her 2018 memoir Heart Berries shares her experience of being abused and seeking mental health help as a Native woman. Such additions to the Native literary canon are important for representing the diversity of experience within the community. Follow in Tommy Orange and co.’s footsteps in your own career development. Don’t be afraid to innovate rather than follow previous paths.

Find Tommy Orange’s debut novel There There at the Storrs and Stamford campus libraries, or purchase it on Amazon.

Reading Orange’s story, what aspects of his career interest you? Do you want to go to school for music, become an author, or pursue anything creative? No matter your goals, our office can help you. Schedule an appointment with a Career Coach today through Handshake: https://uconn.joinhandshake.com/login.

Alter, Alexandria. “Tommy Orange’s ‘There There’ Is a New Kind of American Epic.” The New York Times, The New York Times Company, 31 May 2018, https://www.nytimes.com/2018/05/31/books/tommy-orange-there-there-native-american.html.

PBS NewsHour. “’Writing out of a loneliness,’ novelist explores the range of native experiences.” YouTube, 2018, https://www.youtube.com/watch?v=JXCbmuIFD8M.