4 Takeaways from the Careers in Advocacy Panel 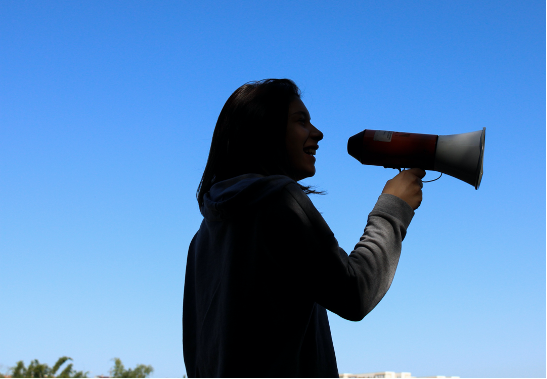 On November 4th, Careers for the Common Good hosted the Careers in Advocacy Panel as their first event of the 2020-2021 academic year. Four amazing panelists attended this event, all of who are currently working in different areas of advocacy. As student advocacy efforts have continued to grow on campus, this panel aimed to show students some of the many ways they can channel this advocacy work into a full-time career, while receiving advice from professionals in the field. Each panelist shared helpful insights and advice to the students in attendance. The four main takeaways from this event are:

One of our panelists, Lisa Winjum, the Executive Director of NAMI CT, had a roundabout way of getting into advocacy. She became a lawyer and worked for various organizations throughout her career, including a tobacco company (which provided great experience despite her hesitations). She didn’t begin her work in advocacy until later in her career after she started doing pro bono cases. Her interest in this work encouraged her to switch into the advocacy field, using the transferrable skills she gained from her past jobs in order to successfully lead a nonprofit. She emphasized that career paths are often not linear, and it’s okay to not know exactly what you want to do right out of college.

2. It’s important to be involved in the community

Calida Jones, an activist, discussed the importance of getting to know the community. She graduated with both a bachelor’s and master’s degree in violin performance, applying her musical talent to her advocacy work by bringing musical opportunities to underrepresented children. If she had to do it again, however, she likely wouldn’t have placed such an emphasis on her degrees. Rather, Calida expressed how she wished that she had become more involved with advocacy and the community earlier on, claiming that some of the best people she has worked with do not have a college degree, but a high school diploma. She believes that, in some cases, it is much more important to have experience and build relationships with the community you are serving.

3. Hold on to the little victories

John DarrochMannix, the Outreach Coordinator for Citizens Campaign for the Environment, discussed how in advocacy, there is often a lot of hard work and just as many disappointments. Because of this, John, along with many of the other panelists, believes that it is important to find ways to avoid burnout while doing their work. Specifically, John emphasized the importance of holding on to the little victories. Earlier in his career, his main job going door to door in order to encourage people to sign petitions. These efforts were often met with many “no’s,” but what helped him through this work was focusing on those that were receptive to him and believed in his mission which continued to fuel his passion.

4. Stand up for yourself and be inclusive

Many of our panelists emphasized the importance of standing up for yourself in your work, especially as a womxn or BIPOC (Black, Indigenous, and People of Color). Liz Gustafuson, the state director of NARAL, talked about how as a woman, she has had to stand up for herself and her work when dealing with male state representatives who often talk down to her. Despite these challenges, Liz makes sure to advocate for womxn’s voices and rights in every aspect of her work. Calida Jones agreed with this sentiment and emphasized the importance of creating intentional and inclusive spaces that value womxn and BIPOC voices.

Careers for the Common Good is so thankful to the panelists who dedicated their time to discuss their honest experiences in advocacy, serving as role models and professional connections for students interested in pursuing a career path in advocacy. Lisa, Calida, John, and Liz are only a small fraction of the number of advocates who work every day to create a better future for various communities in Connecticut. Our hope is that students will take some of this advice as they begin to shape their own paths, wherever they may lead. Please visit our webpage for more information and to view our calendar of events for the Spring 2021 semester.

Photo by Juliana Romão on Unsplash