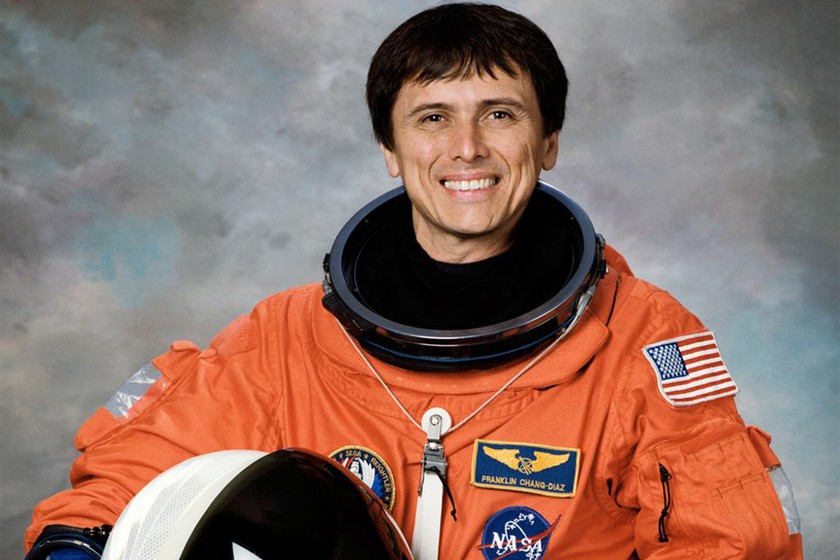 Latinx Month is from September 15th to October 15th, and to celebrate we are highlighting a groundbreaking UConn alum, Franklin Chang-Díaz!

Dr. Franklin Chang-Díaz was born on April 5th, 1950 in San José, Costa Rica, and he moved to the United States of America in 1968, graduating from Hartford Public High School in Connecticut. He then attended the University of Connecticut, graduating with a bachelor of science in mechanical engineering in 1973. Dr. Chang-Díaz then went on to get his Ph.D. in applied plasma physics from the Massachusetts Institute of Technology, MIT, in 1977, the same year that he gained U.S. citizenship.

In 1980 Dr. Chang-Díaz was selected by NASA to be an astronaut candidate, and in 1986 he took his first flight into space, on mission STS-61-C, making him the first Latin-American immigrant NASA Astronaut to go into space. That same year he received a Medal of Liberty from President Ronald Reagan. Dr. Chang-Díaz also participated in the construction of the International Space Station, ISS. He retired from NASA in 2005, and as of 2021 he has tied for the most spaceflights of any NASA astronaut, having completed seven spaceflights throughout his NASA career.

After retiring from NASA Dr. Chang-Díaz founded the Ad Astra Rocket Company in 2005, of which he is the current President and CEO. The Ad Astra Rocket Company focuses on the development of advanced plasma rocket propulsion technology, based on Dr. Chang-Díaz’s concept of the Variable Specific Impulse Magnetoplasma Rocket, VASIMR, which stemmed from his doctoral research on fusion and plasma-based rocket propulsion at MIT. They are currently in the final testing phases of a VASIMR rocket engine on Earth, with plans for their final test prior to testing the rocket in space in place for 2023. Their current goal is a multi-month test on the International Space Station. The Ad Astra Rocket Company is also currently working on the development of carbon-free energy sources, reflecting Dr. Chang-Díaz’s passion for environmental activism and preservation.

Dr. Chang-Díaz has been presented numerous awards for his work, alongside several technology institutions in his home country of Costa Rica being named after him, including the Costa Rican National High Technology Center. He was inducted into the NASA Hall of Fame on May 5th, 2012, and in 2014 he was awarded the Buzz Aldrin Quadrennial Space Award by The Explorers Club, a professional society that promotes scientific exploration and field study.

Dr. Chang-Díaz is a pioneer, an entrepreneur, and an innovator who will live on in history for his contributions to space exploration and engineering. He is a truly spectacular alum of UConn!